As temperatures rise to record levels, India faces an electricity supply crisis due to increased demand and low supply of coal. As the worst months of summer lie ahead, how can India prepare for a crisis?

A record-breaking heat wave has been gripping India for weeks. It is expected to keep dragging on. Some of the worst heat could be slightly subsiding — but more extreme temperatures may be in store in the coming days. The South Asian region has suffered above-average temperatures for weeks now, affecting hundreds of millions of people. The punishing extremes reached dangerous new levels in the past week.

Cities across the region broke monthly April records. Temperatures have topped 100 degrees Fahrenheit across much of the region and have jumped above 110 F in many areas. New Delhi saw temperatures climb above 110 F for several days on end. North-western and central India, some of the worst-affected regions, are believed to have experienced their hottest April on record. The country as a whole saw its hottest March in 122 years of recorded history and its fourth-hottest April this year.

It’s not just the severity of the temperatures that’s raising eyebrows. It’s how early in the year they’ve appeared and how long they’re lasting.

To make the situation worse, India is facing its worst electricity shortage in more than six years just as scorching temperatures force early closures of schools and send people indoors. In the northwest, Rajasthan has scheduled four hours of power cuts for factories, making it at least the third state to disrupt industrial activity to manage surging power demand. “In view of the present power crisis, .. it has been decided to impose scheduled cuts,” a state utility said.

Industrial disruption and widespread power cuts are bad news for corporate India, as economic activity has just started to pick up after months of stagnation amid coronavirus lockdowns.

Power cuts are expected to worsen in the coming days as the heatwaves and a pickup in economic activity are seen increasing electricity demand at the fastest pace in nearly four decades.

The unprecedented heat puts millions of blue-collar workers, including construction and farm labourers and those working on factory shop floors, at great risk. Sunstrokes have claimed thousands of Indian lives over the years. Daily wage earners and those in urban slums are among the most vulnerable to heat, according to the Intergovernmental Panel on Climate Change, since cities tend to be warmer than rural areas due to the heat trapping effect of buildings and other factors.

In addition to power cuts for factories, Rajasthan imposed four-hour power cuts for rural regions, exposing thousands of families in the desert state to extreme temperatures.

Due to several factors, India is staring at a coal crisis, with stock critically low at 108 of its 173 thermal power plants. The Indian Railways has cancelled trains to prioritise delivery of coal rakes across the country.

Several states across the country reeled under long power cuts, as hotter-than-normal temperatures pushed the electricity demand, triggering a major power crisis. According to a report by Reuters, electricity supply fell short of demand by 1.88 billion units, or 1.6%, during the first 27 days of April.

In view of the shortage of coal, a dominant fuel used to generate electricity in the country, the government halted hundreds of passenger trains. Meanwhile, state-run Coal India ramped up coal production by 27.2% in April.

In Delhi, the power demand in the national capital crossed the 6,000 megawatts (MW) per day mark for the first time in April as the city government raised alarms over shortage of coal. On Thursday, the Delhi government said its coal supplies were depleting with Dadri-II having a day’s coal stock left.

Uttar Pradesh has a 3,000 MW deficit against the demand of around 23,000 MW. According to reports by news agencies, the supply is just 20,000 MW, resulting in long power cuts in the rural areas.

In Andhra Pradesh, according to a report, state is facing a shortfall of about 50 million units of power as against the demand, which is touching 210 million units a day. According to the state energy secretary B Sridhar, the current crisis, which was a nation-wide phenomenon, might ease by this week.

In Punjab, Ludhiana, Patiala and Mohali are the worst hit by the long power cuts issue as the maximum demand for power reached above 8,000 MW in the state.

Torrent Power Ltd. and GAIL India Ltd. bought LNG for May delivery in the last week, with the fuel set to be used to help power plants boost generation, according to traders with knowledge of the matter. The utilities paid about triple the normal spot rate for this time of year, as Russia’s invasion of Ukraine exacerbates a global supply crunch.

The purchases are unusual for India’s cost-sensitive power generators, which tend to avoid buying LNG at such high rates. They illustrate how a domestic coal shortage is forcing the South Asian nation to look for alternative fuels no matter the price, further elevating international demand.

While natural gas makes up just a small portion of India’s power mix, a scarcity of coal and hot weather has triggered scheduled blackouts, threatening to upend the economy. Gas was used to produce about 4% of the nation’s electricity in 2020, versus 71% for coal. GAIL is seeking at least one more shipment for late-May, the traders said, adding that several other Indian firms are inquiring about cargoes in the bilateral market.

The heat wave also prompted neighboring Pakistan to purchase the nation’s most expensive shipment of the fuel ever to avoid blackouts during the Eid holiday this week. Cash-strapped Pakistan recently released a tender seeking to purchase another two cargoes for June.

“This time of year, is when South Asia, namely India and Pakistan, have their hottest weather in advance of the monsoon,” said Jason Nicholls, a meteorologist at AccuWeather Inc. “These areas will likely continue to be favored for heat waves until the monsoon rains arrive in June and July.”

The intense heatwave in the past few weeks across several parts of northwest and central India has led to increased power demand. The peak power demand in the country touched an all-time high of 207,111 MW on April 29.

Amid the crisis, Union Power Minister R K Singh, on Thursday reviewed the status of import of coal for blending in the thermal power plants with the states.

Secretary (Power) Alok Kumar, Senior officials of the State Governments, and Gencos were present in the meeting held virtually. The Minister highlighted the importance of importing coal for blending in the thermal power plants, in view of the constraints in domestic coal supply to meet the increased demand. The states were advised to place orders for importing of coal for blending purpose so that the additional coal reaches power plants from the month of May 2022 itself.

As per the release by the Ministry of Power, Singh said, “The states need to take actions to ensure coal supply to their power plants by ensuring off-take in the Rail-cum-Road (RCR) mode to meet the shortfall in coal requirement at their power plants and stated that in the event of states not lifting the RCR coal it would be de-allocated and offered to other States and the concerned States would be responsible for any shortages and consequent power-shortages in their states.”

He also stated that the domestic coal would be supplied to all GENCOS in proportion to the coal received from coal companies and the states to increase the output from the captive mines to meet their coal requirements which will help in reducing the burden on the linkage coal.

As per the data presented by CEA in the meeting, it was noted that Tamil Nadu and Maharashtra have placed orders for the import of coal, while Punjab and Gujarat are in the advanced stage of finalisation of the tenders; and the other states need to put extra efforts to import the coal for blending at their power plants in time.

The States of Rajasthan, Madhya Pradesh are in the process of issuing the tenders; and Haryana, Uttar Pradesh, West Bengal, Odisha and Jharkhand have not yet issued tender or taken any significant actions for the import of coal and were advised to take necessary actions to ensure coal supply to their power plants, read the release.

The summer has just begun and India’s power sector is already in crisis. As the heat wave may intensify in the months of May and June, the country may face a new phase of crisis. 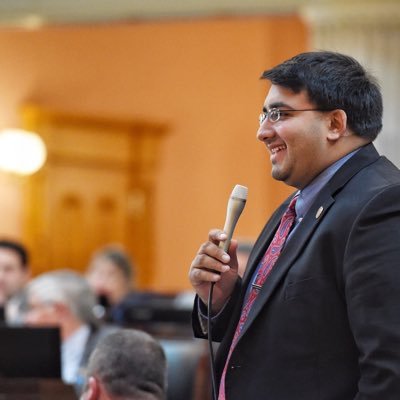 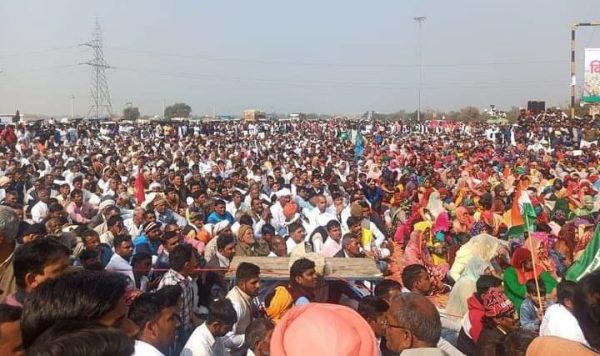 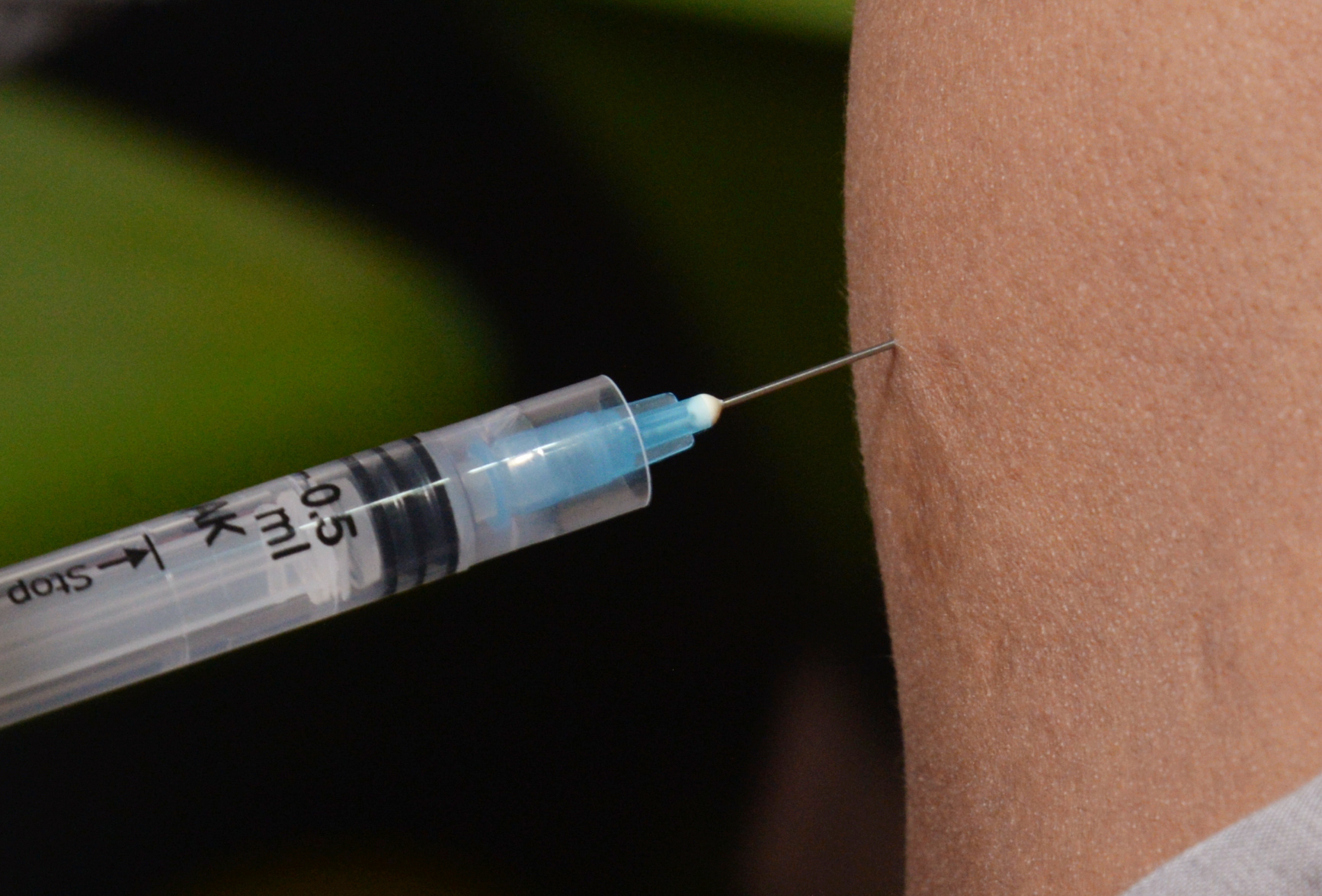