Over three-fourths of small businesses in the country have shown an adverse impact on their health during the Covid-19 pandemic, with those in the manufacturing sector reporting more troubles, according to a survey. The survey, conducted by data firm Dun & Bradstreet has shown 82 per cent of businesses have experienced a negative impact during the pandemic year. The survey was conducted among over 250 companies, evenly split between the manufacturing and services industries, having a turnover of Rs 100-250 crore yearly.

Over two-thirds of those surveyed, or 70 per cent, said it will take them nearly a year to recover demand levels prior to Covid-19. Over the past year, India has emerged to be one of the worst-affected nations globally by the Covid-19 pandemic. The resultant lockdowns, which are springing up again across the country with rise in cases, have an impact on the economic front as demand disappears along with dip in income generation.

Around 60 per cent of the companies surveyed expect more measures and support, including government initiatives, the survey focused on companies in seven metro cities, said. The top-three challenges earmarked by the surveyed companies, which might hinder small businesses to scale up their businesses, include market access (flagged by 42 per cent), improving the overall productivity (37 per cent) and having access to more finance (34 per cent).

The company said its commercial disruption tracker indicated that around 95 per cent of firms were impacted in April 2020 when the national lockdown was imposed, and 70 per cent remained disrupted as of August even with progressive unlocking, which came down to 40 per cent by end of February 2021.

Citing its interactions with small businesses over the last two decades, the company said access to markets and better credit facility has been the major challenges in scaling up their operations.

But, Finance minister Nirmala Sitharaman on Thursday said the industry is in recovery mode and several budget proposals are on course, including disinvestment, despite a fresh wave of coronavirus infections and local lockdowns. The government, the minister said, has been taking steps to deal with the second wave of Covid-19 with regard to supply of medicines and oxygen.

While the second wave of the pandemic has been challenging on many levels, the government has been taking decisions, including on import of medical oxygen, and boosting supply of medicines, she said at a webinar. “We have to wait and watch a bit and then we have to take a call…but at the moment activities are all happening, industry is still on its recovery mode, and therefore, I won’t rush to think that this will hurt us if we are able to coordinate better,” she said.

She further said budget proposals with regard to disinvestment and setting up of development finance institution (DFI) are on course. “This morning when I met with secretaries, the mood and also the way in which we have planned out for disinvestment, setting up DFI, looking at the asset reconstruction company (ARC), everything is on course,” the minister said when asked whether the second wave will derail budget proposals.

The government plans to garner Rs 1.75 lakh crore by selling stakes in state-run companies, including privatization of two banks and one state-run general insurance company.

However, Fitch Ratings on Thursday said the resurgence of Covid-19 infections may delay India’s economic recovery, but won’t derail it, as it kept the sovereign rating unchanged at ‘BBB-‘ with a negative outlook. It projected a 12.8 per cent recovery in GDP in the fiscal year ending March 2022 (FY22), moderating to 5.8 per cent in FY23, from an estimated contraction of 7.5 per cent in 2020-21.

Fitch had in June last year revised outlook for India to ‘negative’ from ‘stable’ on grounds that the coronavirus pandemic had significantly weakened the country’s growth outlook and exposed the challenges associated with a high public debt burden.

India enjoyed ‘BBB-‘ rating since the upgrade in August 2006, but the outlook has oscillated between stable and negative. In affirming ‘BBB-‘ rating, Fitch on Thursday maintained a negative outlook for the rating, reflecting “lingering uncertainty around the debt trajectory”. 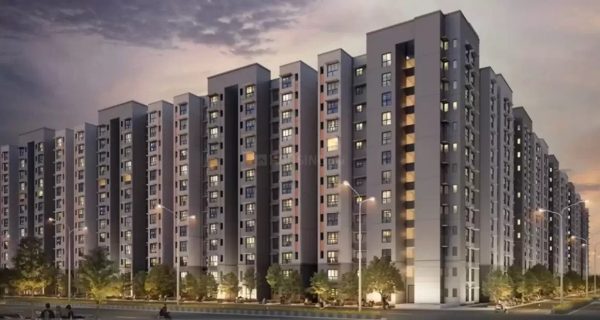 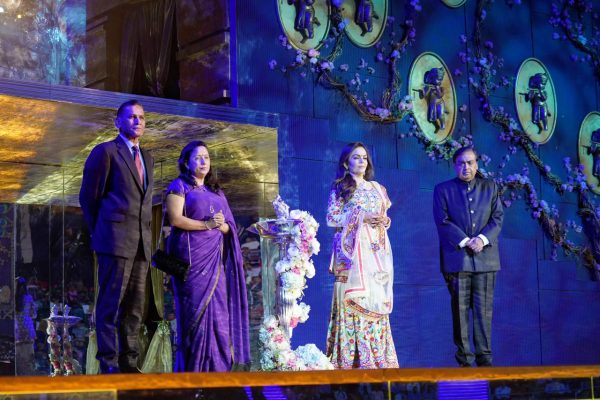 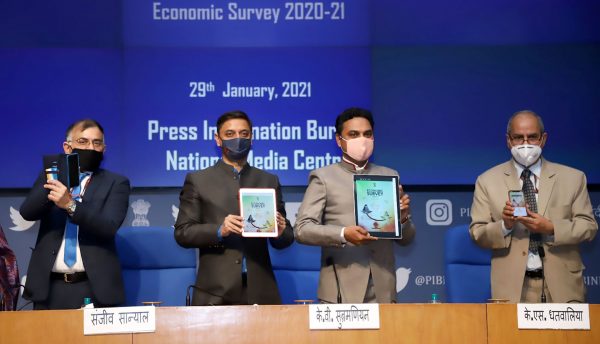