India’s head coach Ravi Shastri has said the team needs a break from the international arena as living in a bio-bubble can be mentally very draining.

The Indian players haven’t been on a break since the 13th edition of the Indian Premier League (IPL) last year in September and Shastri feels the team must go for a break after this year’s IPL to recover from exhaustion. “You know, this team takes, like I said, pride in performance. They take it one step at a time. Every game is important, every format is important, and you look at it in that way and we’ve got the volume of players. You know, at the moment, the bench strength is there to for you to accommodate them, across formats,” said Shastri on Star Sports show Cricket Live.

“So, I think the hunger will be there, you’ll have to perform game after game, but I do believe, you need a break as well, from the international arena. So, I think, hopefully, after this series,” he further said.

“Yes, they go into the IPL, but that’s a shorter format, but then again, after the IPL, I think, a couple of weeks off is a must. With these quarantines, these bubbles, it is mentally very, very draining. You’re a human at the end of it all,” Shastri added.

The former cricketer and head coach lauded skipper Virat Kohli and pointed out how the India captain has developed into an astute leader.

“Just seeing the way, he has evolved, you knew that there was an uncut diamond there when I took over in 2014, but just to see him evolve… It takes time, everything doesn’t happen in a hurry,” said Shastri.

“You got to have the ups, the downs, you know, you got to feel the heat, you got to have your successes and failures, to be able to get up and move on in life. I think he has handled that beautifully and I’m sure he will handle fatherhood as well in that similar manner,” he added.

Arjun has registered for the auction at a base price of INR 20 lakh, ESPNcricinfo reported. Last month, Arjun made his debut for the senior Mumbai side against Haryana in the Syed Mushtaq Ali Trophy. During the match, he had picked one wicket and conceded 34 runs from the three overs that he bowled. Haryana had won the game by eight wickets.

In his second match for Mumbai, Arjun returned with the figures of 1/33 against Puducherry, who won the match by six wickets.

The IPL Player Registration closed on Thursday, with 1097 players (814 Indian and 283 overseas players) signing up to be a part of the IPL 2021 Player Auction. The list has 207 capped, 863 uncapped, and 27 Associate players.

Also, India’s S Sreesanth and Bangladesh’s Shakib Al Hasan have registered for the auction. However, Australia pacer Mitchell Starc and England’s Joe Root have opted out of the 2021 edition of the IPL as they did not register for the auction.

The youngest player to register is Afghanistan’s 16-year-old left-arm spinner Noor Ahmad Lakanwal, who has his price at INR 20 lakh, while the oldest is 42-year-old Nayan Doshi. But Australia pacer Mitchell Starc and England’s Joe Root have opted out of the 2021 edition of the Indian Premier League (IPL) as they did not register for the auctions.

India’s S Sreesanth and Bangladesh’s Shakib Al Hasan have registered for the auctions. Shakib is one of 11 players to be listed at the highest base price of INR 2 crore while Sreesanth has set his base price at INR 75 lakh. Also, others in the list to have their base price at INR 2 crore are Kedar Jadhav, Harbhajan Singh, Glenn Maxwell, Steven Smith, Moeen Ali, Sam Billings, Liam Plunkett, Jason Roy, Mark Wood and Colin Ingram. 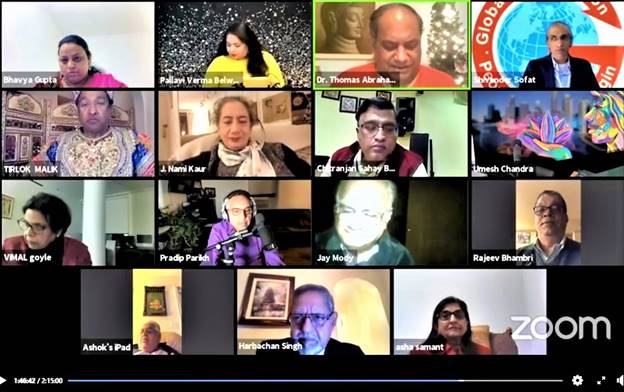