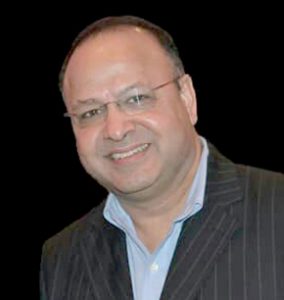 Sunil Hali has emerged as a pioneer in the Asian Indian media landscape for diaspora markets, with over 20 years of experience in multicultural marketing with strong networking and ties within the South Asian community in the US and Canada. A graduate from IIT-Roorkee, India, and a double gold medalist, Sunil was inspired by Rupert Murdoch’s vision and has been focused on building Brand India through a conglomerate, a leading media, marketing, and entertainment group of companies focused on Indian-American community. Sunil is the promoter of The Indian Eye Newsweekly, the first truly international digital newsweekly with video content for the Indian diaspora. The weekly is the first to be launched in India, USA, Canada, and Brazil. He is also the publisher of Divya Bhaskar North American Edition, launched in 2004 through a franchise agreement with DB Corp.

Sunil entered media and entertainment through early ventures as a television and events producer in 1991. Featured on the cover of the New York Times Metro section for his maiden soap opera for Zee TV worldwide, he went on to produce several mega-events for television and ground to build Brand India. These include The Music Festival of India, which celebrated India’s 50th anniversary of Independence (1997); Miss India Worldwide (1999); Zee Gold Bollywood Awards (2000); Zee TV Six-Nation Cricket Tournament (2001); Indian and American Achiever Awards (2007); New York Sikh Day Parade (2012); Building Indian Excellence Awards (2016) and Arijit Singh Live in Concert (2019) among others.